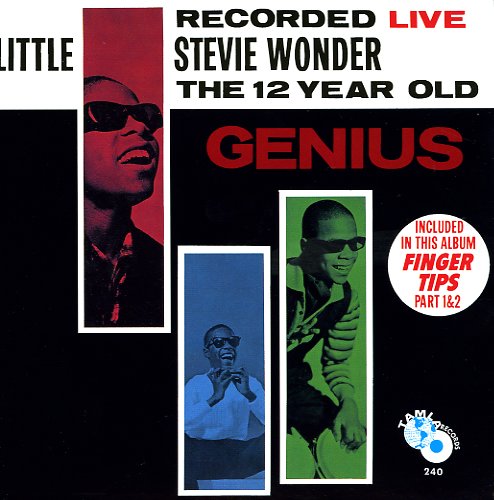 An amazing early record from Stevie Wonder – the kind of set that shows what raw power and starmanship he had even at a wee wee age! The set was recorded live, in a style that lets Stevie really open up on the full range of his talents – including harmonica, bongos, and drums – as well as vocals, which are a bit fragile and unformed, but still pretty great. There's an undeniable magic to the whole thing that really knocks us flat – and which couldn't have been caught better by Motown if they tried, making the album a key live recording for its time! The album includes a monster 7 minute version of "Fingertips", which was issued as a hit 2-part single – plus the groovy "Soul Bongo", the track "La La La La La", and a few nice Ray Charles covers like "Hallelujah I Love Her So" and "Drown In My Own Tears", showing Stevie still under the shadow of uncle Ray.  © 1996-2021, Dusty Groove, Inc.
(Original 2 globes pressing with deep groove. Cover has partially split seams, light surface wear, and some aging.)