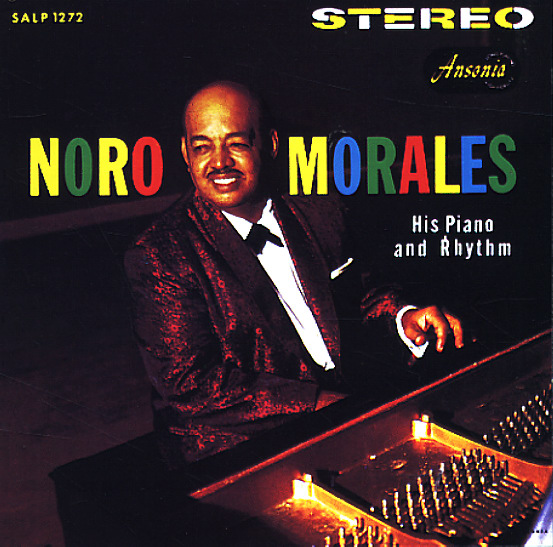 Great stuff – and one of the purest examples we can find of the Latin piano style of the great Noro Morales! Noro plays here without any of the trappings of some of his other records – just working with a small rhythm combo on an all-instrumental set – with tremendous solo work on the piano – filled with flourishes, but never in a way that's too overly-complicated, nor too dramatic to ever lose its swing! That balance is what made Noro so great back in the day – as you'll hear on cuts that include "Oye Men", "Pica Mosquito", "Mi Guajira", "Vitamina", "Que Linda Eres", and "Oye Negra".  © 1996-2022, Dusty Groove, Inc.
(Mono black label pressing with deep groove. Cover has light aging on the back and mostly split seams.)

Merengue A La Noro
RCA, Mid 50s. Very Good
LP...$3.99 7.99
Noro Morales turns his rich talents to a set of merengue tracks – but the style's a lot different than you'd expect from the later sound of the genre! Instead, these cuts have a sly sinister sound, with kind of a snakey approach that adds a nice element to the music, and which keeps things ... LP, Vinyl record album