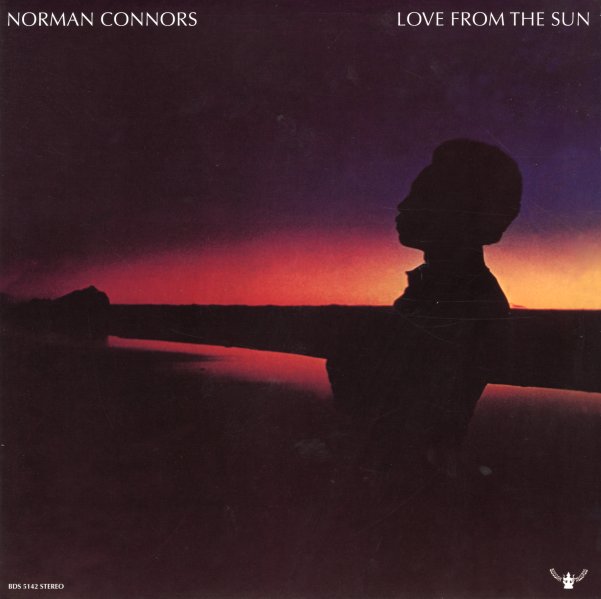 Love From The Sun

A spiritual jazz masterpiece from drummer Norman Connors – one of those unique albums he cut before moving into soul music – done at a level that rivals the early 70s genius on labels like Strata East or Impulse Records! Connors worked with many contemporaries on those labels, and gets a good degree of help from them here, too – in a massive lineup that includes Eddie Henderson on trumpet, Herbie Hancock on keyboards, Gary Bartz on alto, Carlos Garnett on tenor, Buster Williams on bass, Bill Summers on drums, and even Dee Dee Bridgewater on a bit of vocals too! With a lineup like that, it would be easy to lay back and just do nothing – but you can really hear Connors' musical vision taking the lead – that warmly soulful approach that was there right from the start, given some great focus here by producer Skip Drinkwater. Tracks are all long, and free-flowing – a bit out at times, but always returning to the modal pulse of Connors' soulful rhythms. Titles include "Carlos II", "Kumakucha", "Holy Waters", "Revelation", and "Love From The Sun".  © 1996-2021, Dusty Groove, Inc.
(Cover has some ring & edge wear.)