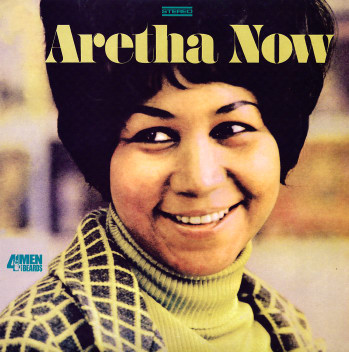 Also available
Aretha Franklin — Aretha Now ... CD 5.99
One of a handful of crucial early Aretha Franklin albums for Atlantic – and a key example of her genius pairing with arranger Arif Mardin! Instrumental backing is by a hard burning Memphis/Muscle Shoals lineup that includes Spooner Oldham on electric piano and organ, Tommy Cogbill on guitar, Andrew Love and Charles Chalmers on tenor, Wayne Jackson on trumpet, and Roger Hawkins on drums – and even Aretha herself gets to play a bit of piano on the set. But the really amazing thing here is the way that this core live mode of backing is also given some airier, loftier overtones by Mardin and co-arranger Tom Dowd – in a way that lifts up the tunes a bit more, and pushes them away from straight indie southern soul – into the range of greatness that made Franklin stand apart from most of her contemporaries. A key example of this is the album's seminal reading of "I Say A Little Prayer" – but all cuts are great, and other tunes include "Think", "A Change", "You're A Sweet Sweet Man", "I Take What I Want", "See Saw", "Hello Sunshine", and "You Send Me".  © 1996-2023, Dusty Groove, Inc.
(Green and blue label stereo pressing with CT stamp. Cover has a cutout notch and light wear.)