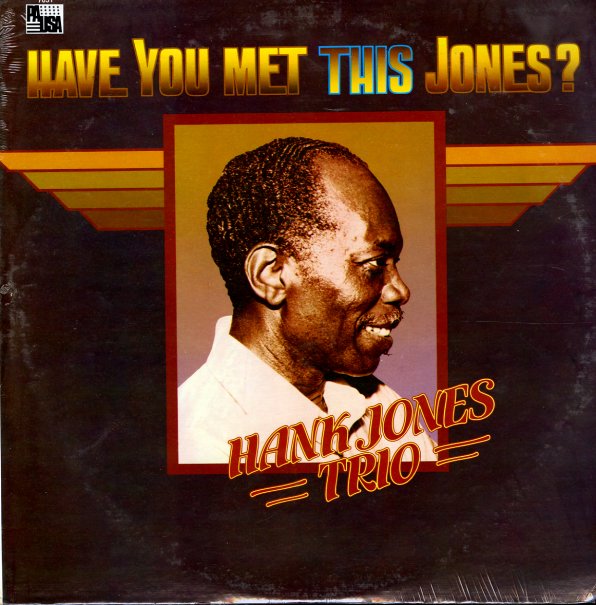 Have You Met This Jones?

Hank Jones at the height of his powers – working in an unusual trio with the great Isla Eckinger on bass – a well-rounded, soulfully-toned player who really helps make some magic on the set! Hank's talents are well-known, and very much in their best form here – but the slightly unfamiliar group also makes for a nice sort of edge, especially with the interplay between piano and bass – although we also appreciate the subtle work of Kurt Bong (love that name!) on drums. Titles include versions of Thad Jones' "Portions", Hank Jones' "We're All Together", and the tracks "Now's The Time", "The Oregon Grinder", and "Robbin's Nest".  © 1996-2020, Dusty Groove, Inc.
(US pressing. Cover has a cutout hole and light wear.)