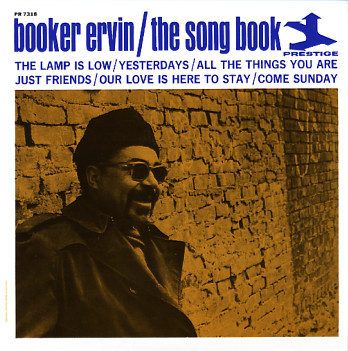 A wonderfully warm session from tenor legend Booker Ervin – maybe not as experimental as some of Booker's other dates for Prestige Records in the 60s – but a really wonderful record that fully explores the deep tones of his Texas tenor, and still lets him come off with a bit of an edge! The title refers to the tunes in the set – which are all standards from the American song book – but as usual with Ervin, the treatment is a bit harder-hitting and more expressive than most – played here with a sense of timing and tone that's amazing! Tommy Flanagan accompanies Booker on piano, and the rhythm is by the crack team of Richard Davis and Alan Dawson – on titles that include "All The Things You Are", "Just Friends", "Come Sunday", "Yesterdays", and "The Lamp Is Low".  © 1996-2021, Dusty Groove, Inc.