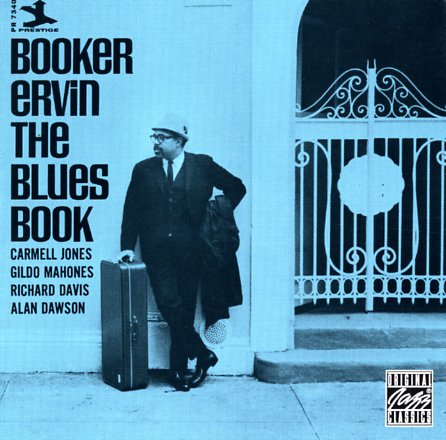 Booker Ervin hits a great blue note here – working with a wonderfully soulful group that includes the mighty Carmell Jones on trumpet and Gildo Mahones on piano! These players both help Ervin hit a sound that's much more in the pocket than some of his other work on Prestige at the time – a lot less modern, and more with roots in the Texas tenor tradition from whence Ervin sprang. But as you might guess with Jones – and maybe a bit with Mahones – the overall sound still has some nice modern touches too – subtle, sneaky little bits thrown in alongside the gutsier, more full-on solo moments. Rhythm is by Richard Davis on bass and Alan Dawson on drums – and the album features 4 long tracks that include "Eerie Dearie", "One For Mort", "No Booze Blooze", and "True Blue".  © 1996-2021, Dusty Groove, Inc.