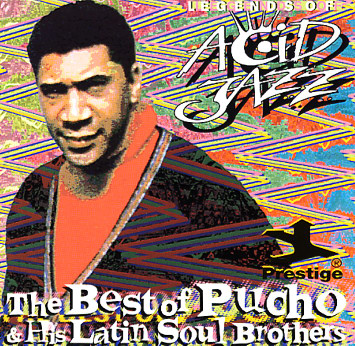 Henry Pucho Brown was one of the cookingest Latin soul leaders of the 60s – an artist who was already pretty jazzy at the start, then really grabbed onto some of the soulful changes happening in Spanish Harlem during the late 60s – which helped him create some of the most hard-grooving records on Prestige at the time! This wonderful set pulls together both vocal and instrumental numbers that really show the full talents of Pucho and his Latin Soul Brothers – a smoking combo that also features the mighty Pazant Brothers on horns. Titles include "Listen To Louie", "Wanderin Rose", "Candied Yam", "Swamp People", "Yambo", "Maiden Voyage", "Swing Thing", "Ain't Nothin Can't Happen", and "Got Myself A Good Man".  © 1996-2022, Dusty Groove, Inc.