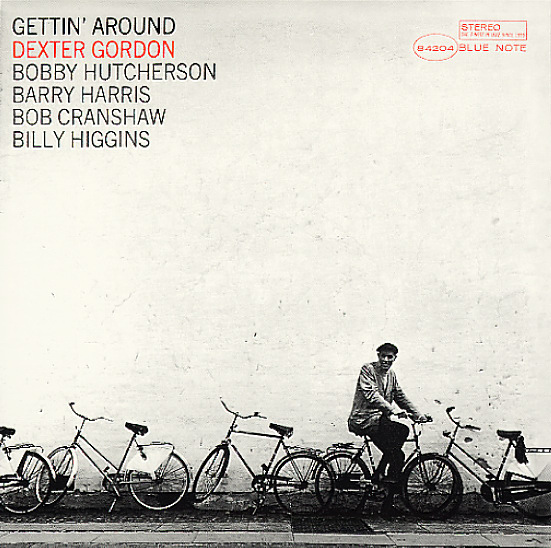 A really unusual album for Dexter Gordon – one that has him working in a quintet with vibes by Bobby Hutcherson! Hutcherson's sound really transforms the session, giving it a shimmering middleground that disperses the dominance that Gordon's tenor usually has – and creating a warm, fluid feel that's really great. Barry Harris is in the group on piano – providing some wonderful accompaniment that's a great fit for Hutcherson's vibes – and the rest of the group is completed by the excellent rhythm section of Bob Cranshaw on bass and Billy Higgins on drums! The album includes a great version of "Manha de Carnaval", plus a Dex original, "Le Coiffeur" – and the tracks "Heartaches", "Who Can I Turn To", and "Everybody's Somebody's Fool".  © 1996-2022, Dusty Groove, Inc.
(80s DMM pressing.)

After Hours
Steeplechase (Denmark), Mid 60s. Near Mint-
LP...$16.99
Lost genius from Dexter Gordon's initial years in Europe – a set that has him still stretching out in familiar Scandinavian modes, but with a slightly tighter sound too! The group's notable in that it features trumpeter Rolf Ericson – whose horn really adds a lot to the frontline, and ... LP, Vinyl record album

Monmartre Collection Vol 1
Black Lion (UK), 1967. Very Good+
LP...$9.99
One of the first great European statements from tenorist Dexter Gordon – a 1967 live recording that really lets Dexter stretch out, and show an even deeper side of his talents than on his 60s albums for Blue Note! The rhythm section here is rock solid – Kenny Drew on piano, Neils ... LP, Vinyl record album