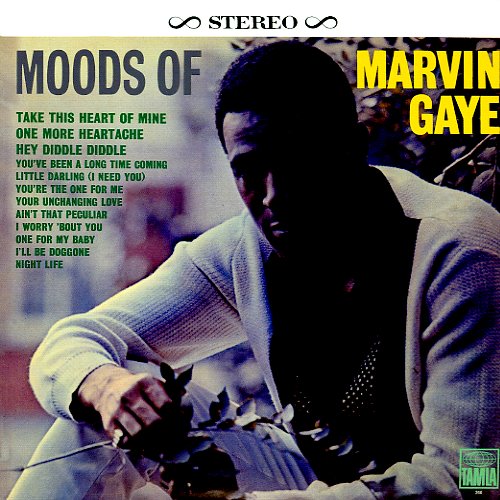 The moods of Marvin Gaye are many, even at this early point in his career – as the set has the young Marvin really taking off strongly – hitting hard on classic Motown groovers, but also showing a sensitive side at times too! The album kicks off with some killer rhythms on cuts like "I'll Be Doggone", "Little Darling", and "Take This Heart Of Mine" – really setting the stage for a batch of cuts that makes the album one of Gaye's strongest from the early years, thanks to some bold song writing from Smokey Robinson and other mighty Motown talents. Other cuts include the classic "Ain't That Peculiar", and side two slows things down a bit, showing mellow moods on cuts like "Night Life", "You're The One For Me", "I Worry Bout You", and "One For My Baby".  © 1996-2022, Dusty Groove, Inc.
(Mono 2 globes pressing. Labels have a name in pen. Cover has ring and edge wear, half split seams, discoloration from age, and a large stain and names in pen in back.)