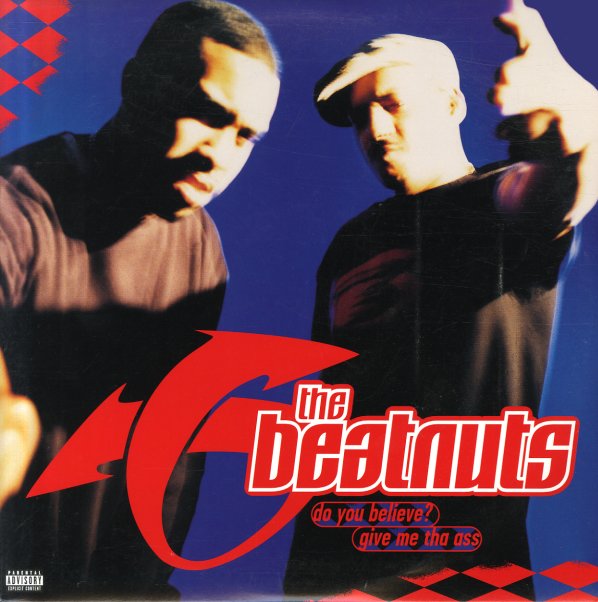 A rare moment of introspect from The Beatnuts on "Do You Believe?" but right back into regular party mode with "Give Me Tha Ass" on the flip. The bonus beat is a short Dorothy Ashby (?) loop.  © 1996-2022, Dusty Groove, Inc.
(Cover has a cut corner, splash stains, and light wear.)