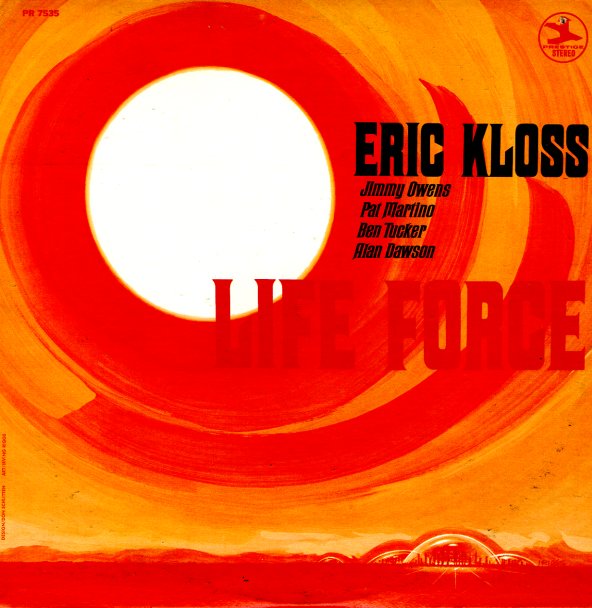 A pivotal album for Eric Kloss, and one that has him reaching for the freer style that would characterize his work for the next decade – but which also has him sticking pretty close to his soul jazz roots, and laying down some tight modal grooves. The group here includes Jimmy Owens on trumpet, Pat Martino on guitar, and the tight rhythm team of Ben Tucker and Alan Dawson. Titles include "Soul Daddy", "Nocturno", and the extended soulful track "Life Force". Very very nice!  © 1996-2021, Dusty Groove, Inc.
(Blue label pressing. Cover has a split seam, some staining on the edges, light surface wear, and aging.)

Power (Tower Of Power/More Power)
Prestige, 1969. Near Mint- 2LP Gatefold
LP...$14.99
A pair of great American albums from Dexter Gordon – back to back in a single set! First up is Tower Of Power – recorded at a time when Dexter Gordon certainly was a tower of power – as his lengthy 60s stay in Europe helped him to work work work, and season his playing ... LP, Vinyl record album