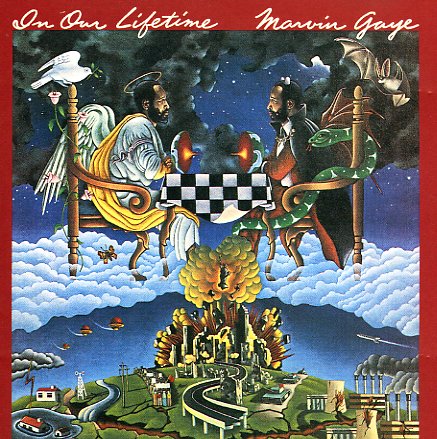 Marvin Gaye's last album for Motown – and a wonderful cap to a great run of sexy soul for the 70s – filled with great mellow grooves that rival the genius of his earlier work in the decade! There's a glowing, slow-burning feel to some of the best numbers here – a vibe that's right out of the I Want You era, with touches of Let's Get It On too. But there's also a slightly more mature approach too – a bit more cautious, even when confident – no doubt informed by the struggles of his Here My Dear album, which also echoes somewhat in this set. The record's more proof that even when not coming across with a classic hit, Marvin's still very much at the top of his game – an artist that stands head and shoulders above his contemporaries – with none of the too-commercial or too-dated modes that held other folks back! Titles include "Life Is For Learning", "Praise", "Funk Me", "Far Cry", "Love Party", and "Love Me Now Or Love Me Later".  © 1996-2021, Dusty Groove, Inc.
(Cover has general wear.)