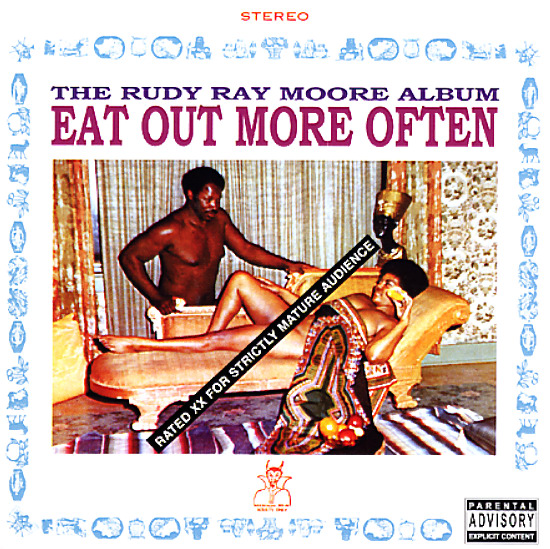 Classic stuff – Rudy's first album, and a fitting launch to his famous career of party records and live club performances! The cover's got Rudy in front of a nude black model, laying back on the couch, and encouraging him to do the thing that's implied by the title – but the record itself is far more creative than just a bit of nasty words and sexy references. Rudy's at the top of his game here, bad rapping over a bit of music in a landmark effort that set the stage for countless other party records to come – but which is still presented here in one of its strongest examples. The set kicks off with an extended take on "Dolemite", with other tracks that include the funky groover "You Could Be Ugly Too", plus "Pimpin Sam", "So Glad I Could Come", and "Ballad Of A Boy & Girl".  © 1996-2021, Dusty Groove, Inc.
(Yellow label Comedian Series pressing in a censored $5.98 cover, with a mostly split spine, heavy stain with flaking at the bottom right, and seam splitting.)

So Sharp!
Kent (UK), Late 60s. Near Mint-
LP...$19.99
Classic west coast funk from Arlester "Dyke" Christian – one of the best 60s funksters west of the Mississippi, with a rich talent that's right up there with the work of Sly Stone or Charles Wright. Dyke's records are probably closest to Wright's with the Watts 103rd Street Rhythm ... LP, Vinyl record album