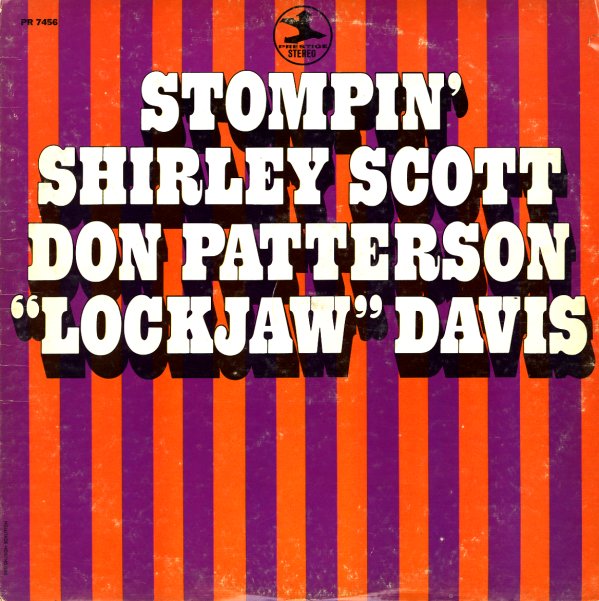 A mixed bag of tracks that features the organ of Shirley Scott in a number of different groupings – some with her old time compatriot Eddie Lockjaw Davis, and some with a newer group that includes Wally Richardson on guitar. Titles include "Traveling Light", "From This Moment On", "Down By The Riverside", and "You're My Everything". Oddly, the record also includes 1 track that doesn't even feature Shirley at all – "This Can't Be Love", which was recorded by Don Patterson with Eddie Lockjaw Davis!  © 1996-2020, Dusty Groove, Inc.
(Blue circle logo label stereo pressing. Cover has some ringwear.)

Shirley Scott Plays Horace Silver
Prestige, Early 60s. Near Mint-
LP...$24.99
One of Shirley Scott's best records on Prestige (and in fact, one of the few really good ones). Shirley plays a bunch of Horace Silver compositions like "Moon Ray" and "Senor Blues", and the set's got a nice spiritual feel to it, without the hokiness of some of Shirley's other ... LP, Vinyl record album