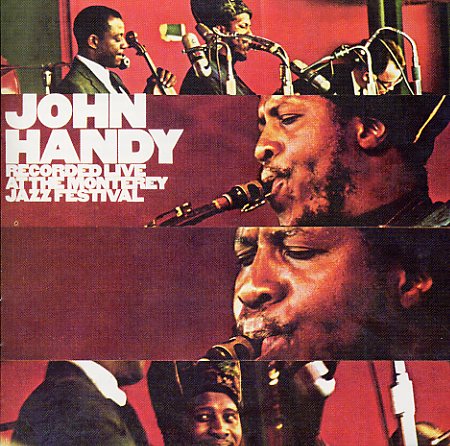 Incredible work from saxophonist John Handy – an extended performance from the Monterey Jazz Festival in 1965, and a set that shows that he's grown tremendously as an artist since his early recordings for Roulette! The tracks are quite long – with only 2 numbers overall, "Spanish Lady" and "If Only We Knew" – each of which take up a side of the album. Handy's work on alto sax is incredibly soulful – and the group here includes Jerry Hahn on guitar and Michael White on amplified violin – playing with a sound that is sprawling, spiritual, and a little bit "out" at times – but always filled with that sense of soul that made Handy so wonderful, even during his early years with Charles Mingus!  © 1996-2021, Dusty Groove, Inc.
(360 sound mono pressing – nice and clean! Vinyl has a short click on side two, but is nice overall.)