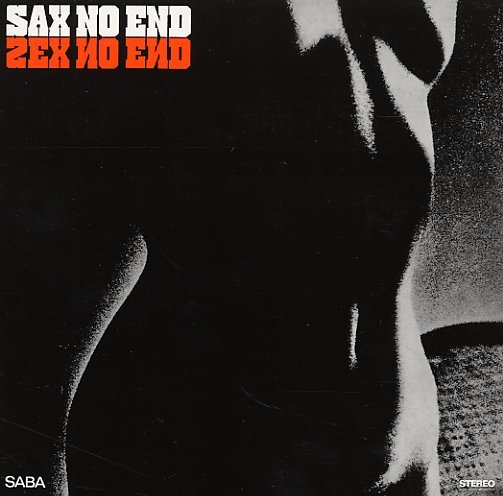 They got the title right on this one – because with Johnny Griffin, Sahib Shihab, Karl Drewo, and Eddie Lockjaw Davis as main soloists on the record, the sax never ends! The album's easily one of the most hard-burning 60s sessions from the legendary Clarke-Boland Big Band – and has that ensemble really cutting changes incredibly – working with a tremendous amount of power that not only comes from the sax soloists, but also from trumpet work by Benny Bailey, Idrees Sulieman, and Shake Keane – as well as the group's usual hard-slamming rhythm section of Francy Boland on piano, Kenny Clarke on drums, and Jimmy Woode on bass. The tracks are shortish, but get in plenty of great solo space – and are all originals for the session, with titles that include "Peter's Waltz", "Milkshake", "The Turk", "Sax No End", and "New Box".  © 1996-2021, Dusty Groove, Inc.
(Vintage Japanese pressing, with heavy gatefold cover and obi!)