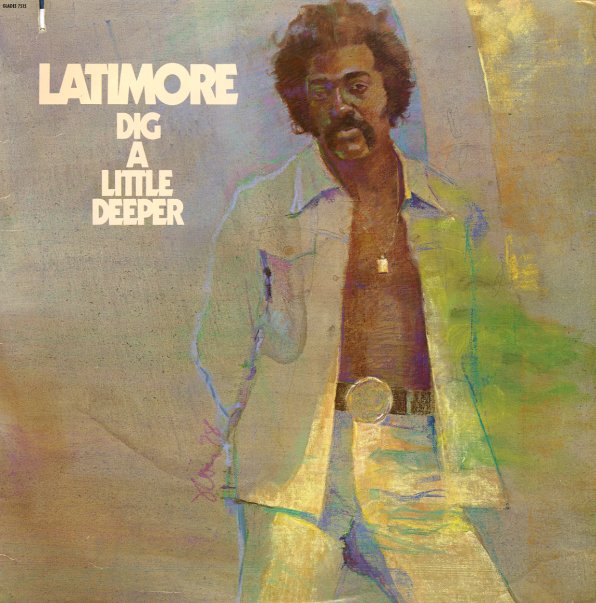 Latimore's digging deeper, and sounding greater than ever – working at Muscle Shoals with some great Miami production from Steve Alaimo – and coming across with a sound that's even warmer and more sophisticated than before – yet still very true to its deep soul roots too! At a time when some of Latimore's contemporaries might have been heading for the disco, he keeps it real and focuses on the best mellow modes that always made him so great – particularly those which use keyboards next to his unique vocal approach. Heck, even the album's odd cover of "Tonight's The Night" sounds pretty darn great – although we're even more partial to the original tracks like "Out To Get Cha", "We Got To Hit It Off", and "Dig A Little Deeper" – as well as his sweet version of George Jackson's "Ain't Nothing Like A Sweet Woman's Love".  © 1996-2022, Dusty Groove, Inc.
(Still sealed! Cover has a cutout notch and 'best entertainment' sticker.)

It Ain't Where You Been
Glades, 1976. Very Good
LP...$12.99
Latimore couldn't help being a soul genius – and even on a record like this, which didn't really yield any hits, he still comes through loud and clear, with a deep rich soul voice, backed by some great mellow soul arrangements. The album includes a great slow mellow version of "I Get ... LP, Vinyl record album

Two Of Us
Glades, 1976. Very Good+
LP...$18.99
Cool, classy work from the great Irene Reid – a set that's got all the deep soul vocals of her previous albums, but also a nicely jazzy vibe, too – one that gives Reid a sophisticated style that almost feels a bit like Marlena Shaw or Nancy Wilson in the way the tunes take off – ... LP, Vinyl record album

You're The Song I've Always Wanted To Sing
Glades, 1974. Very Good+
LP...$11.99
A Miami soul masterpiece from start to finish – and a lesser-known record from drum machine hit maestro Timmy Thomas! The album's got the feel of Timmy's classic Why Can't We Live Together album – but the overall sound is a bit fuller and richer, with a soulfulness that grabs us right ... LP, Vinyl record album

Heartbreaker
Arista, 1983. Near Mint-
LP...$1.99
Sweet 80s soul from Dionne Warwick – an album that features a fair bit of production work from Barry Gibb – and a sometime sound that definitely shows his presence! The style here is smoother than Dionne in earlier years – with a nice undercurrent of jazz in the instrumentation, ... LP, Vinyl record album