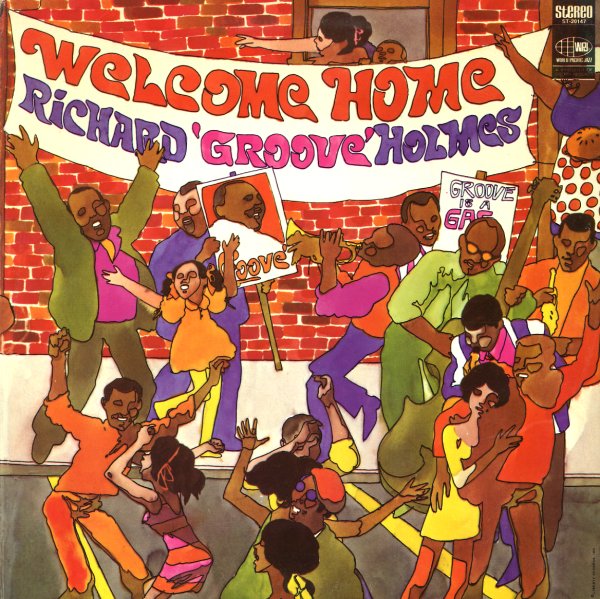 Groovy set of soul jazz organ tracks that has Groove playing with a large-ish group that includes George Freeman, Tom Scott, Anthony Ortega, Wilton Felder, and Paul Humphrey. The set's not totally hard and funky, but it's got a nice soulful swinging groove, with a tight LA 60s sound to it. Includes a nice version of "Madison Time", plus "Groovin Time", "Oklahoma Toad", "Upward Bound", and "The Odd Couple".  © 1996-2020, Dusty Groove, Inc.
(Cover has light wear.)

Groove
Pacific Jazz, 1961. Near Mint-
LP...$19.99
An early cooker from Richard Groove Holmes – and one of the most important Hammond jazz sets to come out of the west coast at the time! At a point when most folks think the east has a lock on the instrument, Groove bursts forth here with a great hard-edged sound – proof that the LA ... LP, Vinyl record album

Bowl Of Soul
Loma, 1966. Very Good
LP...$9.99
A rare album of organ groovers – cut by Holmes for the tiny Loma subsidiary of Warner Bros. Onzy Matthews leads a group behind Groove's organ, and the larger backing works well with Groove's funky style. The overall feel's a bit like some of the work that Groove cut for World Pacific in the ... LP, Vinyl record album