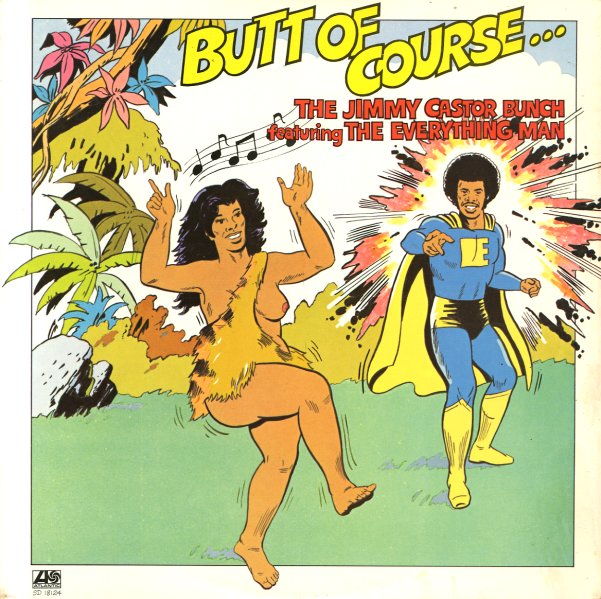 A funky funky classic from Jimmy Castor – a set that kicked off a tight run of records for Atlantic – and which firmly established his rep as a master of 70s funk! The sound of the set follows nicely from Jimmy's work on RCA – some of the fuzzy "Troglodyte" guitar work of those years, lots of earthy rhythms on the bottom, and Castor's trademark sense of wit – which was firmly in place even during his Latin Soul years! There's a few smoother, sweeter moments too – but these all come off nicely – and as always, Castor's a one-man soul music machine – able to handle plenty of sounds and styles with effortless ease! Titles include "Bertha Butt Boogie", "E Man Boogie", "Hallucinations", "Let's Party Now", "Potential", and "One Precious World".  © 1996-2022, Dusty Groove, Inc.
(Green and red Rockefeller label pressing. Cover has a name in pen written multiple times, light wear, and a light trace of a sticker. Labels have a name in pen.)