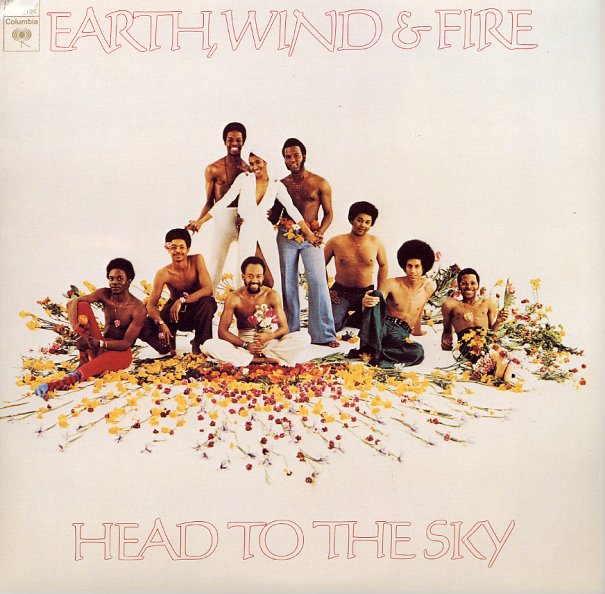 Head To The Sky

A tremendously beautiful album – and a righteous anthem of power and growth that seems to open itself up to us more and more over the years! Earth Wind & Fire are at their height here – mixing together soul and funk with a set of influences that includes African percussion and Brazilian jazz – then blending the whole thing effortlessly into a cosmic sound that's simply breathless! "Keep Your Head To The Sky" is a song of pride that became an instant underground classic; "Zanzibar" is an incredible reworking of Edu Lobo's famous composition, turning the Brazilian baroque track into a spacey groover that soars on for 13 minutes; and "Evil" is a great tune that features the electrified Kalimba that became the band's sonic and legal trademark over the years! Other titles include "The World's A Masquerade", "Clover", and "Build Your Nest".  © 1996-2022, Dusty Groove, Inc.
(US pressing – PC 32194. Cover has light wear.)

Slow Dancer (2nd cover)
Columbia, 1974. Very Good+
LP...$3.99
One of Boz Scaggs most soulful albums thanks to production from Johnny Bristol, and arrangements from HB Barnum! Titles include "Slow Dancer", "I Got Your Number", "Hercules", "Take It For Granted", and "Pain Of Love". LP, Vinyl record album