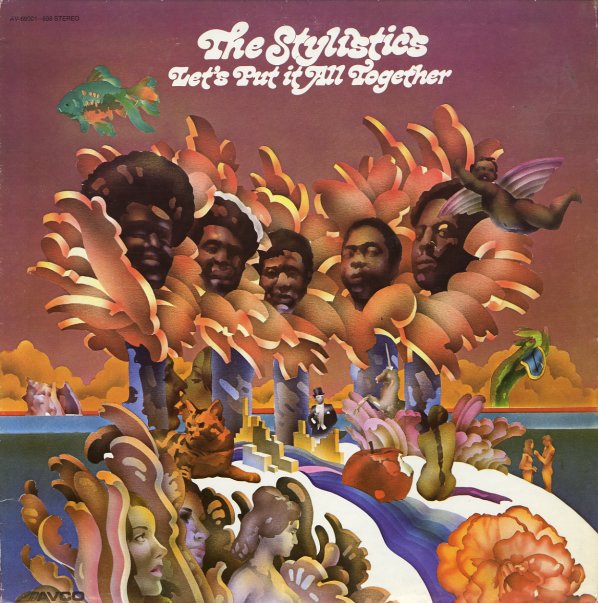 Let's Put It All Together

Mid-period Stylistics, recorded after their association with Thom Bell and Linda Creed, and during the time that the group was handled by Hugo & Luigi. H&L do an ok job with them, and they've got Van McCoy handling arrangements to add a bit more soul to the mix – but the record is still down a few notches from the classic years. The album includes one last Thom Bell arrangement – the group's huge "You Make Me Feel Brand New" – plus other cuts like "Love Is The Answer", "I Got Time On My Hands", "I Got A Letter", and "We Can Make It Happen Again", perhaps the group's wish for a bigger hit.  © 1996-2023, Dusty Groove, Inc.

Hurry Up This Way Again
TSOP, 1980. Very Good+
LP...$9.99
A huge change from the early sound of The Stylistics – as the group have moved to Philly International, and are really shining in the light of the Gamble & Huff galaxy! The album's got a lot more grooves than before, but still offers up plenty of space for the trademark mellow ballads ... LP, Vinyl record album