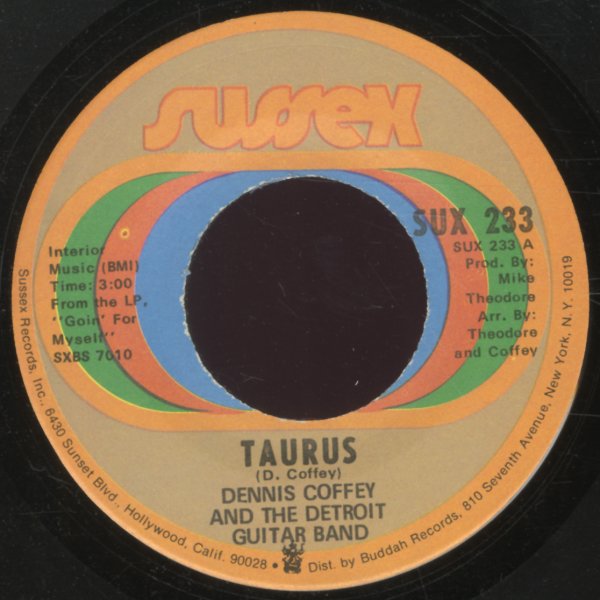 Funky stuff! "Taurus" is where Dennis went after he hit "Scorpio" on the Horoscope chart! The groove is similar, and the track's got lots of Dennis' trademark fuzzy guitar riffs!  © 1996-2022, Dusty Groove, Inc.