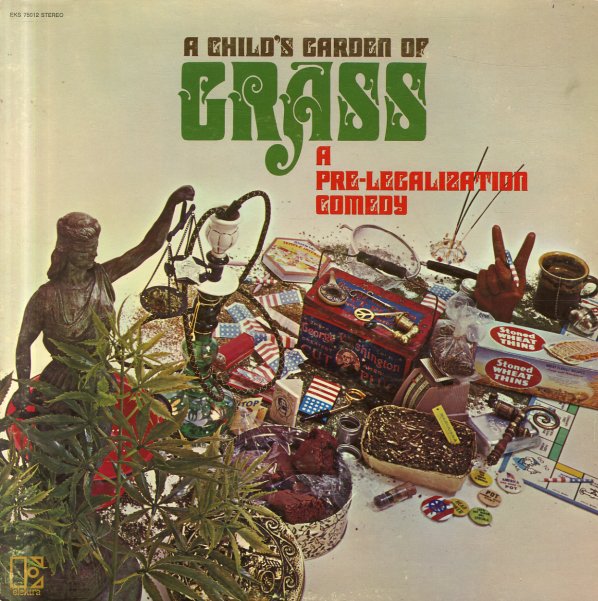 A key history lesson for those who thought that pot culture in music only started with Cypress Hill – a weird sound play album originally issued by Elektra Records in the early 70s! The album's the brainchild of producer/director Ron Jacobs – who put the whole thing together with a feel that's almost like freeform FM radio from the left end of the dial at the time – little bits and sketches that are often satiric stabs at the mainstream, although delivered with a lot more wit than we'd expect from the average pothead! The whole thing's kind of like Free To Be You & Me for the stoner crowd – and titles include "Getting Hung-Up", "Creativity", "Funniness", "Physical Effects", "The History Of Marijuana", and "Eating Food".  © 1996-2022, Dusty Groove, Inc.
(Original pressing, in great shape!)