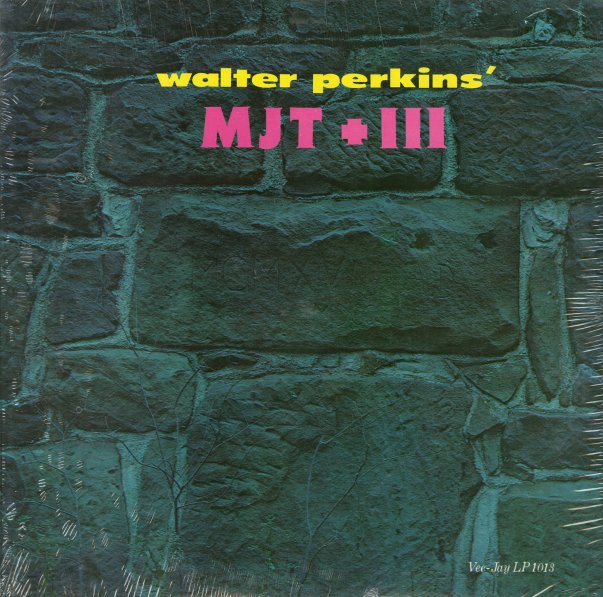 The MJT grooves like nobody's business, thanks to a core rhythm group that includes Harold Mabern on piano, Walter Perkins on drums, and Bob Cranshaw on bass. Add to the mix a young Frank Strozier on alto, fresh from Memphis (he made the trip to Chi-town with buddy Harold Mabern), and the smoking trumpet of Willie Thomas, and you've got one of the tightest combos to never make it in the big time. Who cares, though, because this album is a gem, and it grooves along mightily from top to bottom. Strozier and Mabern are fantastic, and they bring a unique soul jazz approach from their native Memphis into play with the firey Chicago rhythm of Cranshaw and Perkins. Five tracks: "Sleepy", "Brother Spike", "Whiffenpoof Song", "Rochelle" and "Big Hands".  © 1996-2022, Dusty Groove, Inc.
(Mono maroon label pressing with deep groove. Cover has some surface wear and aging, and masking tape around the edges.)

Night At Birdland Vol 1
Blue Note, Late 50s. Very Good+
LP...$29.99
A wonderfully hard-storming set – and a record that not only firmly put the Jazz Messengers on the map, but also set a whole new standard for live jazz recording! The group here is the early version of the Messengers – almost co-led by drummer Art Blakey with pianist Horace Silver ... LP, Vinyl record album

Movin Wes
Verve, 1964. Very Good+ Gatefold
LP...$24.99
One of Wes Montgomery's grooviest records of the 60s – a wonderful collaboration with the great Johnny Pate – a jazz artist at heart, but also working here as a soulful arranger who gives Wes' guitar a nicely different flavor than some of his other Verve albums of the time! Pate's ... LP, Vinyl record album