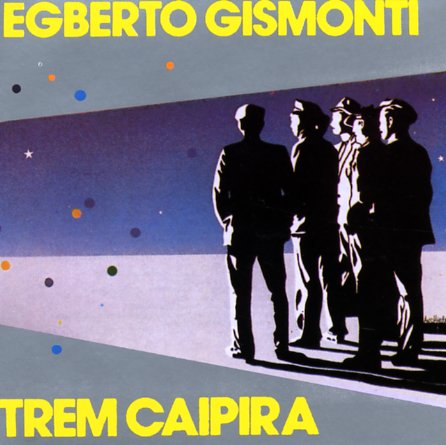 Wonderfully evocative work from Egberto Gismonti – a set based around the music of Hecto Villa-Lobos, but taken to much more creatively modern territory! The older compositions are a wonderful match for Gismonti's free-thinking approach to music – and the tunes are really opened up with a sense of soaring that you won't find in other Villa-Lobos recordings – a bit of jazz, plus more complicated flourishes as well. The group's a small combo – with instrumentation that includes flutes, soprano sax, percussion, and xylophone – and Gismonti himself plays both piano and keyboards, bringing a bit of an electric feel at times. Titles include "Dansa", "Bachiana No 5", "Cantiga", "O Trenzinho Do Caipira", and "Pobre Cega".  © 1996-2021, Dusty Groove, Inc.
(Brazilian pressing, with insert.)