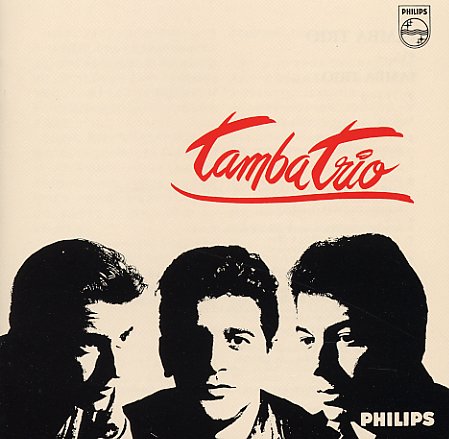 The first-ever album from the legendary Tamba Trio – and the start of an amazing 60s run that really set them apart from other bossa combos of the time! The group hits hard right out of the box with the amazing piano of Luiz Eca and sublime vocal harmonies sung by all three members of the group – scatting along wordlessly with the tunes in a really haunting way! Drumming by Helcio Milito is incredibly tight – almost the blueprint for snapping bossa rhythms – and the whole album is produced to perfection with a sound that's dark and light at the same time. The sound is stunning, the playing is tight, and the tracks groove like nothing you could imagine! Cuts include "Tamba", "Samba Novo", "O Barquinho", "Influencia Do Jazz", "Batida Differente", and "Quem Quizer Encontrar O Amor".  © 1996-2021, Dusty Groove, Inc.
(Mid 60s mono Mexican pressing, 10089. Appears to be signed by the artists. Cover has some wear and a bit of masking tape along the bottom.)