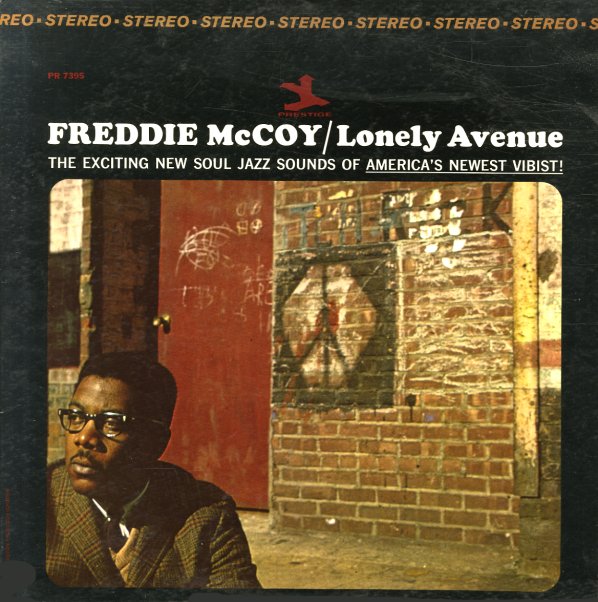 The first record by vibist Freddie McCoy, and one that's got much more of a straight jazz feel than some of his later Prestige albums. Feddie's vibes are set in a group with a lesser-known group of Prestige players, like Gil Askey on trumpet, Tate Houston on baritone, and James Thomas on organ – and the band plays together with a traditional soul jazz/R&B groove. Tracks include "Collard Greens", "Roell", "Belly Full Of Greens", and "Feeling Good".  © 1996-2021, Dusty Groove, Inc.
(Mono blue trident label pressing with Van Gelder stamp.)