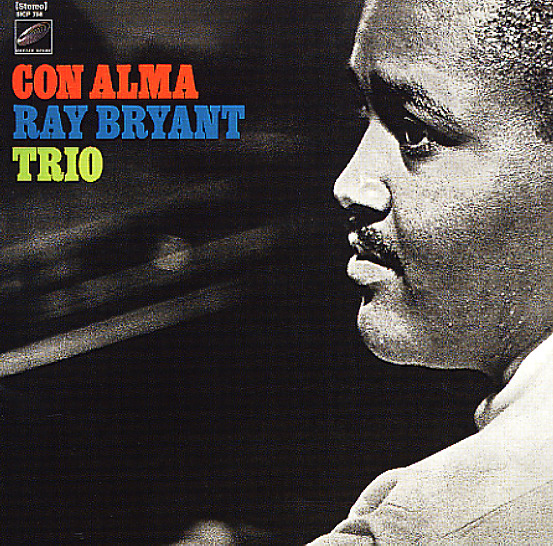 Pure genius from Ray Bryant – the kind of a record that few other players could ever hope to cut, and a fantastic demonstration of Ray's extremely soulful approach to the trio format! Bryant's working here with Bill Lee on bass and Mickey Roker on drums – in a triple-burning setting that has all players contributing equally to the groove – and often working strongly to create a great sense of counterpoint in the rhythms. Roker's drums are magically playful throughout – snapping and skipping along the top of the snare in a way that only furthers the rhythmic agenda of Bryant's piano. And Lee's bass has a laidback and mellow delight – one that rings out alongside the keys of the piano, and fleshes them out with some additional depth and color. The title track is a brilliant reading of "Con Alma", and the set also features Bryant's famous tune "Cubano Chant" – as well as the titles "Autumn Leaves", "Milestones", "Ill Wind", and "C Jam Blues".  © 1996-2020, Dusty Groove, Inc.
(Mono 6 eye pressing. Cover has some rips in the opening and a half split bottom seam.)