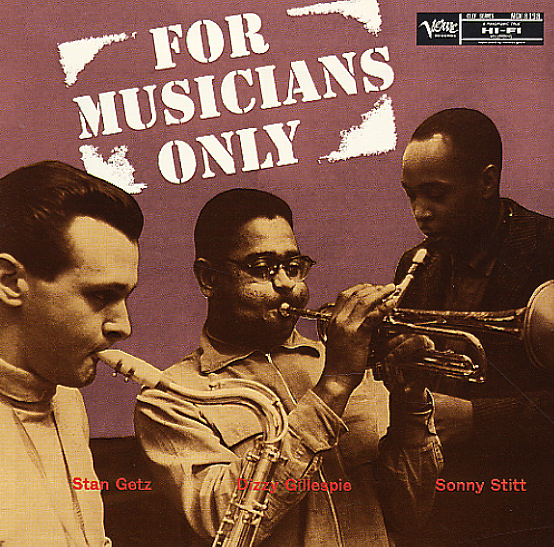 A tremendous little record – one that's greater even than the sum of its three mighty parts! Although we've always felt that some of the "all star" sets on Verve could sometimes be a bit too "easy", we're always very big fans of the few that feature strong performances from Dizzy Gillespie – as they have a tight bop groove that lets all the musicians find their right place, and solo in wonderful interplay with each other! Here, Dizz and Sonny Stitt provide the core of a group that also includes Stan Getz on tenor – and the three of them are given four nice long tracks to work through in a relaxed seamless fashion – moving openly and wonderfully over tunes that include "Dark Eyes", "We", and "Be Bop".  © 1996-2021, Dusty Groove, Inc.
(Mono MGM pressing.)