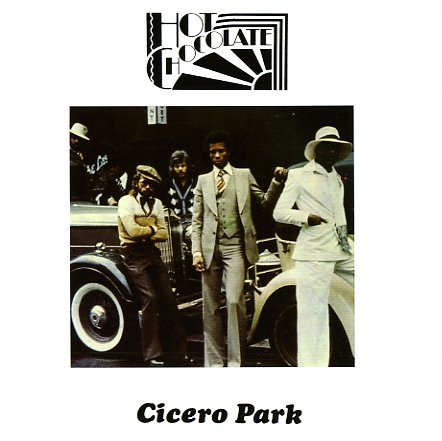 One of the best albums by this seminal British rock & soul of the 70s – a great mix of group soul and funky rock, with some overtures to the oncoming disco scene that work incredibly well within the heavy rhythms and strings and brass punctuated groove the group worked in so masterfully! The vocals are great, and the album's got some of the band's most perfectly realized playing – and the tightly compressed guitar work is hard grooving. You'll hear this to best effect on the wonderful cut "Emma", a killer 70s rock number that was later covered with heaping irony by Urge Overkill. Other tracks include "Cicero Park", "Could Have Been Born In the Ghetto", "You're A Natural High", "Brother Louie", and "Funky Rock n Roll".  © 1996-2022, Dusty Groove, Inc.
(Cover has some ring and edge wear, light aging, and lightly bent corners.)