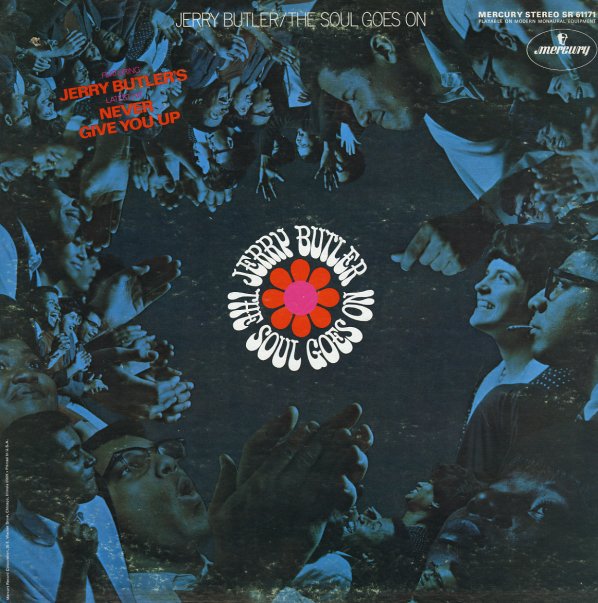 A great record, and one that's more of a deeper soul effort than some of his other Mercury sessions! Jerry's back recording in Chicago, and the album has arrangements by Arthur Wright, and production by Cal Carter for the Fountain Productions imprint that would grace Jerry and Billy Butler's efforts over the next few years. The LP includes Jerry's fantastic hit "Never Give You Up", plus deep soul versions of a lot of earlier soul classics by Sam Cooke, Jesse Belvin, and Otis Redding – like "Respect", "Ain't That Good News", "Goodnight My Love", "Guess Who", "These Arms Of Mine", and "I've Been Loving You Too Long". Also features "Yes, My Goodness, Yes" – a nice tune that Jerry wrote with Bobby Womack! A nice groovy update of some legendary soul compositions, and a real treat from Jerry!  © 1996-2021, Dusty Groove, Inc.
(Yellow label promo copy. Cover has light wear and a mostly split bottom seam.)