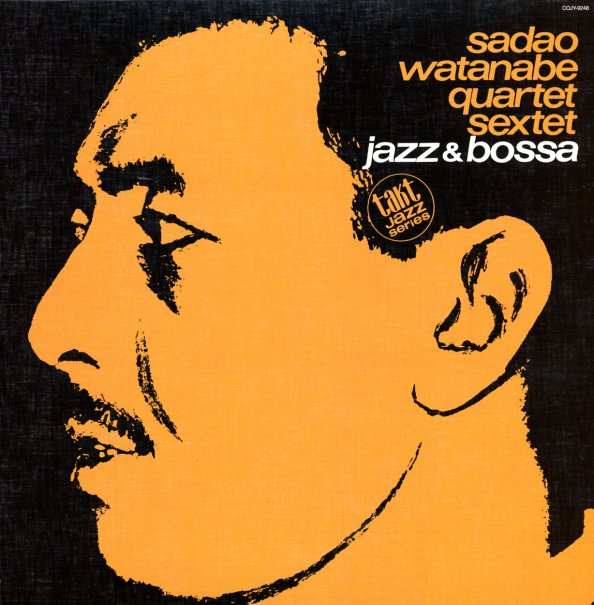 Beautiful bossa nova from 60s Japan – groundbreaking work from the young Sadao Watanabe! Like one of his obvious influences, Stan Getz, Watanabe had a great role in bringing the bossa nova out of Brazil – taking a music that had already been introduced to Japan a few years before, and giving it even wider exposure with his wonderfully soulful, jazz-based approach. And although there were earlier Japanese bossa albums, this one stands out as one of the true classics – the Getz/Gilberto set of 60s Japan, although without the vocals of that Verve date. Sadao plays both flute and alto sax, and backing is from a small combo that mixes in Brazilian-styled guitar and percussion next to the bass and drums. Watanabe's reeds have a raspy, off-kilter quality that's almost more human than most Brazilian jazz efforts of the time – and titles include versions of "Song Of The Jet", "Felicidade", "Reza", and "Morning Of The Carnival" – plus some nice originals like "America" and "Cupid's Song".  © 1996-2022, Dusty Groove, Inc.
(1977 pressing, in a non-gatefold cover, with insert.)

Nabesada In Mood
Toshiba (Japan), 1961. Very Good+
LP...$24.99
Great work from a very young Sadao Watanabe – playing alto sax lines against a moody backdrop of late nite orchestrations – a style that's quite different than the sound of his work from later 60s years! Yet even at this early age, Watanabe's clearly a great talent on his instrument ... LP, Vinyl record album

Parker's Mood – Sadao Watanabe Live At Bravas Club 85
Elektra, 1985. Near Mint-
LP...$5.99 (CD...$11.99)
A great back-to-basics set for Sadao Watanabe – a live date that almost echoes the spirit of one of his youthful Columbia sessions in Japan! The group features James Williams on piano, Charnett Moffett on bass, and Jeff Waits on drums – and Sadao blows alto on titles that include " ... LP, Vinyl record album