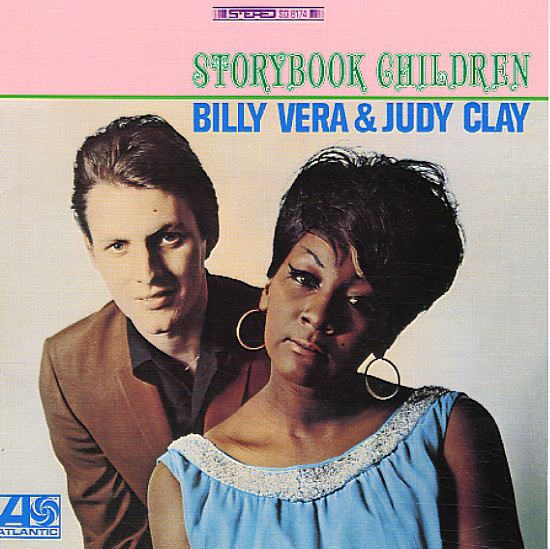 One of the only few albums to ever feature the vocals of Judy Clay – a wonderful deep soul singer who also cut a handful of excellent singles for Stax in the late 60s! Like some of that work – specifically her Stax duets with William Bell – this set really showcases Judy's strength as a partner in song – a really great match for Billy Vera, who sounds way better here than you might expect! Billy and Judy trade lines in this really fantastic way – often blue-tinged and melancholy, a style that is quite different from most of the peppier male/female work of the 60s – although there's also two tracks on which Vera sings solo. Backing is by a small combo with Vera on electric guitar, Chip Taylor on acoustic guitar, and Paul Griffin on piano – and titles include "Storybook Children", "Ever Since", "When Do We Go", "Just Across The Line", "Soul Man", "Good Morning Blues", "Bring It On Home To Me", and "So Good (To Be Together)".  © 1996-2020, Dusty Groove, Inc.
(Blue & green label pressing.)