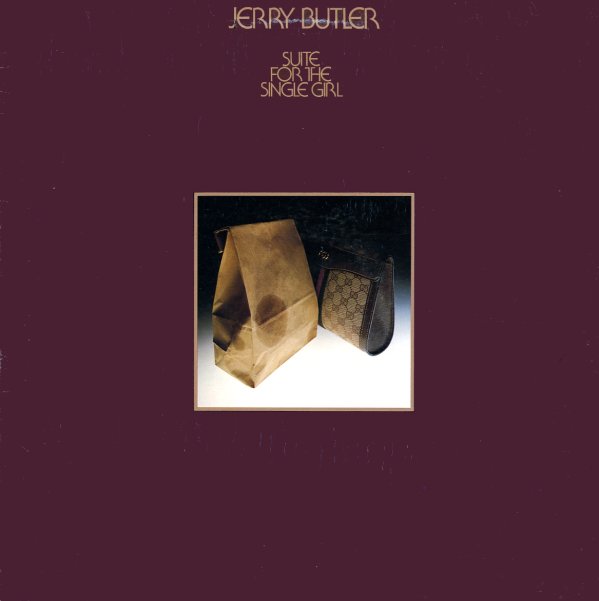 Suite For The Single Girl

A great little concept album – and one that really shows the continuing sophistication and growth of Jerry Butler's music in the 70s! The record is dedicated to the "single girl" of the 70s (portrayed with the sad little photo of a brown bag lunch and a Gucci purse on the cover) – the new professional woman in the workplace – a surprisingly popular theme for many other singers of the period, but handled here by Butler with way more poise and class than any of his contemporaries! Arrangements are by James Mack and Paul Wilson, who often bring a great mellow mode to the best cuts – almost a Leon Ware style of laidback sensuality. A few other tunes are groovers, but still fit in just right – and titles include "Suite For The Single Girl", "I Wanna Do It To You", "Music In Her Dreams", "Only Pretty Girls", "Let's Go Get Out Of Town", "Chalk It Up", and "Ms Fine".  © 1996-2021, Dusty Groove, Inc.
(Cover has some surface and edge wear.)