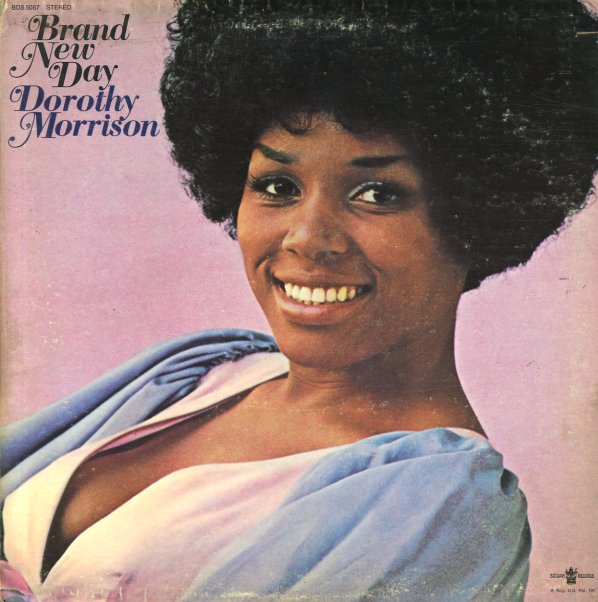 Pop soul with a bit of a gospelly feel. Dorothy's backed by a nice little instrumental combo that keeps the sound pretty soulful, despite some weaker material in the song selection. Titles include "Black California", "Brand New Day", "The Border Song", "Can You Believe", and "Peace Brother Peace".  © 1996-2021, Dusty Groove, Inc.
(Cover has some wear and waviness in the bottom left corner with a promo sticker in the top right.)

Portrait
Buddah, 1970. Very Good Gatefold
LP...$4.99
A wonderful record by The 5th Dimension – hip, sophisticated, and one that shows that they had a depth that went beyond simple soul harmonies! The proof of this is the group's killer track "One Less Bell To Answer", one of the frankest songs about adult love and breakup to ever ... LP, Vinyl record album

Blind Baby
Buddah, 1975. Sealed Gatefold
LP...$9.99
A classic album by this righteous soul collective – and one that shows them taking a strong step away from their work at RCA with Harvey Fuqua. This one has the group (ever-enormous as always!) absorbing some of the other elements of modern soul that were floating around at the time – ... LP, Vinyl record album

Don Armando's 2nd Avenue Rhumba Band
Ze/Buddah, 1979. Very Good+
LP...$11.99
One of August Darnell's many side projects for the Ze label – and an excellent album of club tracks that features Fonda Rae on vocals! Don Armando Bonilla leads the group and plays percussion, but it's Fonda's vocals that really make the best tracks sparkle – as she was one of the best ... LP, Vinyl record album