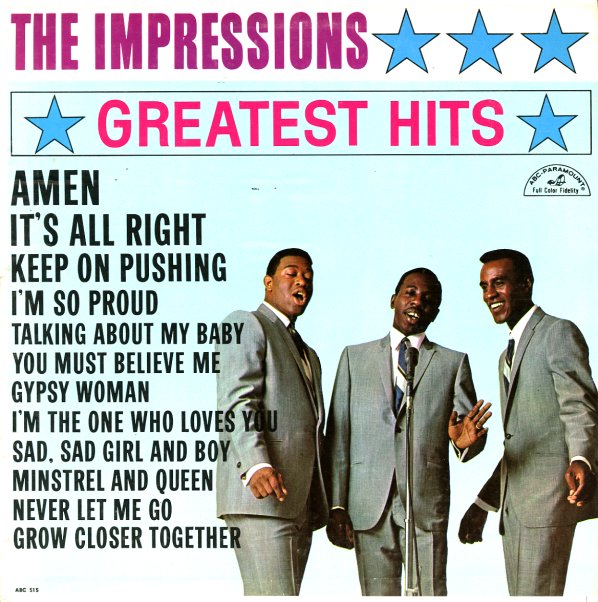 Far more than a regular greatest hits – this is a full-fledged album, and one that includes a number of cuts that were singles for the group, but which don't really show up on other albums. The set is all-original, all-Curtis Mayfield penned, and all Johnny Pate arranged material – with tracks like "I'm So Proud", "Gypsy Woman", "Sad, Sad Girl & Boy", "You Must Believe Me", "Grow Closer Together", "Never Let Me Go", and "Talking About My Baby".  © 1996-2022, Dusty Groove, Inc.
(Stereo pressing with Bell Sound stamp. Cover has wear, aging, and some notes in pen.)