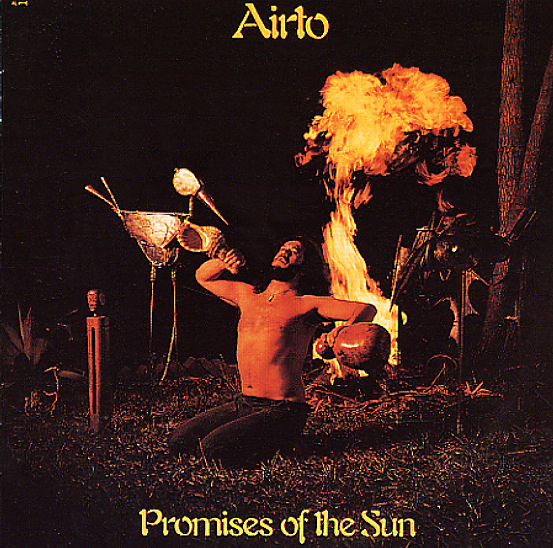 Promises Of The Sun

Spacious and earthy fusion from Airto – a record that departs nicely from earlier work, yet still keeps all the best elements intact! Airto's percussion work is firmly at the core of the set – giving it a nice acoustic base to work from, while also adding in touches of electric guitar by Toninho Horta, bass by Novelli, and keyboards from Hugo Fattoruso. The groove is a wonderful blend of the acoustic and electric, organic and synthetic – and is often crafted in a majestic vibe that seems to be inspired by the work of Milton Nascimento from the early 70s. Tracks include "Circo Marimbondo", "Zuei", "Candango", "Ruas Do Recife", "Georgiana", and "La De Casa".  © 1996-2021, Dusty Groove, Inc.
(Cover has a rough cutout hole, lightly bent corners, and some surface wear.)