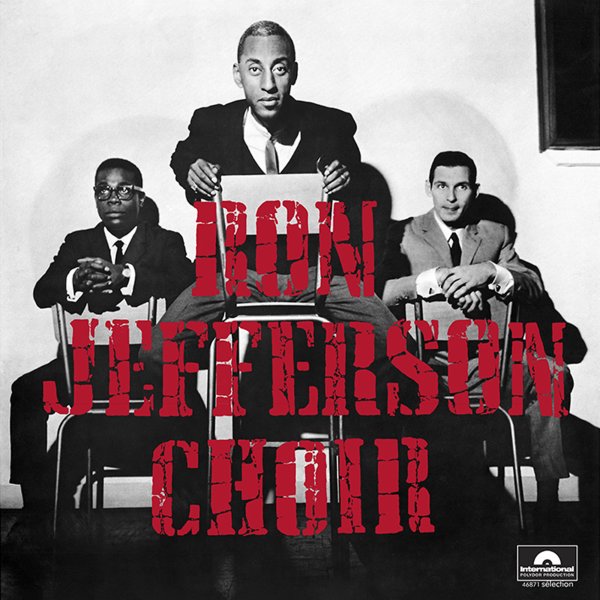 An amazing record that predates many ideas in soul jazz by a decade! Drummer Ron Jefferson was a lesser-known member of the LA bebop scene of the late 50s and early 60s, but by the time he cut this album for French Polygram in the mid 60s, he'd been to Africa, and had discovered a whole new set of musical visions – many of which are worked out in this unique trio session that features bassist Roland Haynes, guitarist Buz Saviano, and Jefferson himself on flute and drums. The music is incredibly spiritual, righteous, and free – and sounds much more like something you'd find on a hip American underground label1975, than it does a French session from the 60s – especially on side two, which features a long track that mixes more freethinking work on guitar with the kind of work on drums that should have made Jefferson a legend – very different than on his other recordings. The span of playing is amazing, and despite the seemingly familiar trio setting, the group hits a wide range of sounds as they play through a set of Jefferson's unique compositions like "Africa The Beautiful", "Every Little Bit Helps", "Fu Yu", and "The Speaker".  © 1996-2022, Dusty Groove, Inc.
(Limited 180 gram reissue on Sam. Vinyl has a mark that clicks a bit during "Africa The Beautiful".)

My Spanish Heart
Polydor, 1976. Near Mint- 2LP Gatefold
LP...$14.99
Given that Chick Corea first got his start working in the New York Latin scene back in the 60s, the album's a bit of a return to his roots – even if the general theme here is Spanish, and not Afro-Cuban! The Corea Spanish Heart here is cast in some darker, more contemplative tones than more ... LP, Vinyl record album

Color Schemes
Landmark, 1986. Near Mint-
LP...$9.99
A great title for this album from Bobby Hutcherson – given the way he commands such great tones from his work on the vibes! The album's a real gem from his Landmark Records years – that great back-to-basics point when Bobby was almost doing more by doing less – especially in a ... LP, Vinyl record album