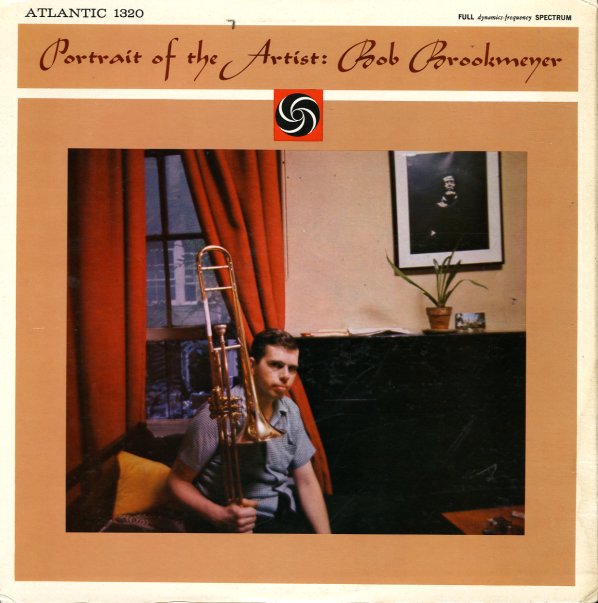 Portrait Of The Artist

Excellent early modern work from Brookmeyer – emerging here during a brief period when he was really taking changes as a leader, and making a strong name for himself on both valve trombone and piano. Stepping out of the shadow of his years as a sideman, Brookmeyer expresses a clear vision forged in the coolness of work with Gerry Mulligan and Jimmy Giuffre – a more composed approach than either of them, but still with kind of a floating in air quality that recalls the inspired thinking of the birth of the cool generation. Side one is an extended piece called "Blues Suite", and side 2 features one original, "Mellow Drama", plus versions of "Darn That Dream" and "Out Of Nowhere". Players include Nick Travis, Charlie Persip, Bill Barber, Gene Quill, Don Butterfield, and Frank Rehak.  © 1996-2020, Dusty Groove, Inc.
(Mono red & purple label pressing with deep groove.)

Back Again
Sonet, 1978. Near Mint-
LP...$13.99
Gentle genius from Bob Brookmeyer – a 70s session recorded with all the swinging poise of his best work from the late 50s! The group on the set features Bob on valve trombone, next to Thad Jones on fluegelhorn and cornet, Jimmy Rowles on piano, George Mraz on bass, and Mel Lewis on drums. ... LP, Vinyl record album