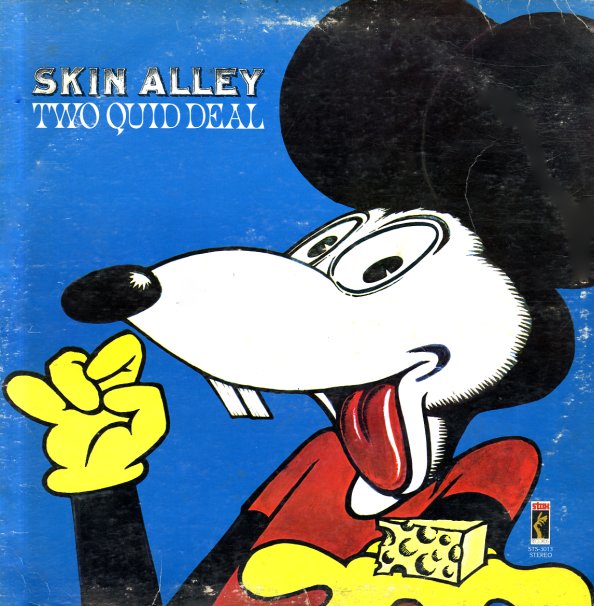 A tremendously great album on Stax – even if it's by a non-Memphis group, and one of the few rock albums issued by the label! Two Quid Deal was the 3rd album by UK jazz rockers Skin Alley – but its license to Stax made pretty good sense at the time, given how many tracks here have a funky undercurrent – and are using some hip organ, flute, and guitar touches that rival some of the most creative work on the label! There's a definite rock sound throughout, but the instrumentation is plenty funky and gets nice and complicated – especially on the more instrumental moments. Tracks include "So Glad", "Graveyard Shuffle", "Bad Words & Evil People", "Sun Music", "The Demagogue", "Skin Valley Serenade", and "Nick's Seven".  © 1996-2021, Dusty Groove, Inc.
(Cover has light wear and a cutout hole in the top left corner.)