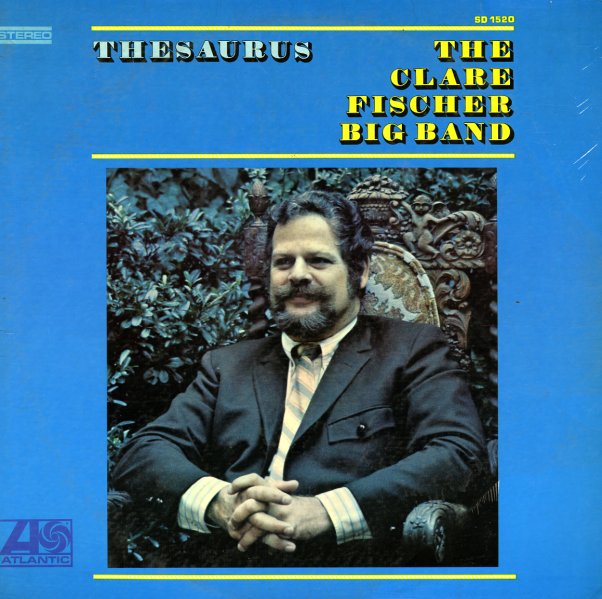 An unusual session from the great Clare Fischer – although probably his best-known record as well! Clare cut many other jazz sides in a smaller, more intimate setting – but this album features his full talents as a larger arranger – working with a hip ensemble, and turning in some great charts that really keep things on edge! Fischer plays both Fender Rhodes and piano – and the group's got some great west coast help from Bill Perkins and Warne Marsh on tenors, Gary Foster on alto, and Conte Candoli on trumpet – all playing with a bit more sharpness here than usual. There's a nicely off-kilter edge – similar to that which you might hear in some of Clare's work with Cal Tjader – or some of his larger arranging projects for labels like MPS. Solos are out front on all tracks, and titles include "In Memoriam", "Bitter Leaf", "Calamus", and "Miles Behind".  © 1996-2021, Dusty Groove, Inc.
(Green and red Broadway label stereo pressing. Includes the Atlantic inner sleeve.)