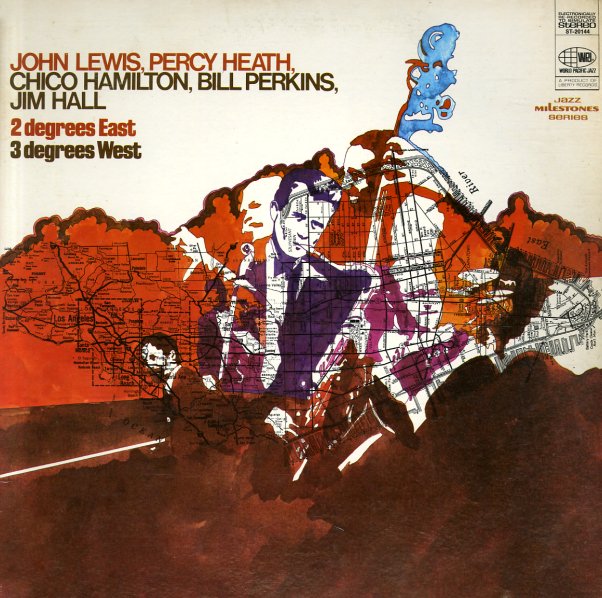 A classic meeting of east and west coast artists of the third stream jazz sphere of the late 50s – one that features the team of John Lewis and Percy Heath of the Modern Jazz Quartet working alongside the west coast tenor of Bill Perkins, plus the guitar of Jim Hall and drums of Chico Hamilton! The whole album's got quite a unique feel – one that's as airy as that of the MJQ work of the time, but not nearly as academic or sleepy – thanks to a nice biting tone from Perkins' tenor, which really seems to stretch out in the space provided by Lewis. There's almost a similarly sublime quality here as on Lewis' album with Sacha Distel – Afternoon In Paris – which featured a similar use of space for great tenor sound (in that case, the tenor of Barney Wilen.) Titles include "2 Degrees East 3 Degrees West", "Easy Living", "Skylark", and "I Can't Get Started".  © 1996-2021, Dusty Groove, Inc.
(Liberty pressing. Cover has some aging, surface wear, and a split top seam held with clear tape.)