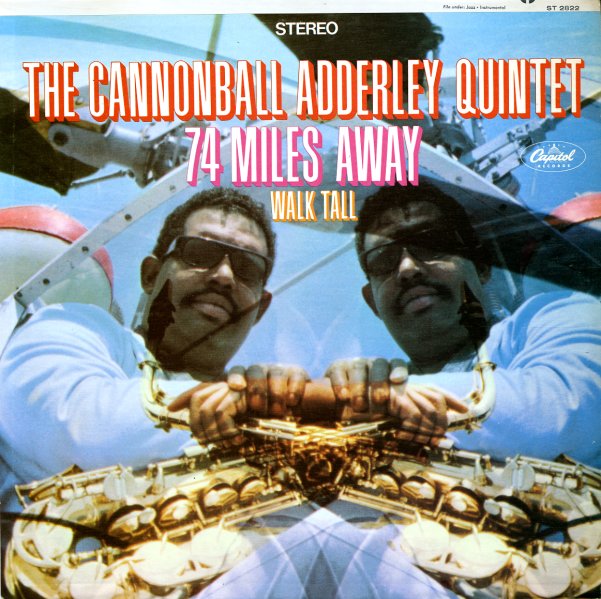 A stone classic from Cannonball Adderley – and a pivotal set that has him continuing the live recording setting of some of his best 60s albums, while also stretching forward to some of the more inventive ideas of the latter part of the decade! David Axelrod produced, and the album's definitely got his ear firmly in place – a great way of bringing together the album's hip instrumentation – Cannon's alto, Nat Adderley's cornet, and the wicked electric piano of Joe Zawinul – played here in a style that would go onto have a huge influence on countless other musicians on the instrument. Rhythm is by Victor Gaskin on bass and Roy McCurdy on drums – and as with other Axelrod live albums, there's some great spoken bits left in the mix – Cannon's charming conversation with the audience, which really opens up the tunes. Titles include the 2 title hits – "Walk Tall" and "74 Miles Away" – plus "I Remember Bird", "Oh Babe", and "Do Do Do".  © 1996-2023, Dusty Groove, Inc.
(Stereo rainbow label pressing. Cover has light wear & aging.)