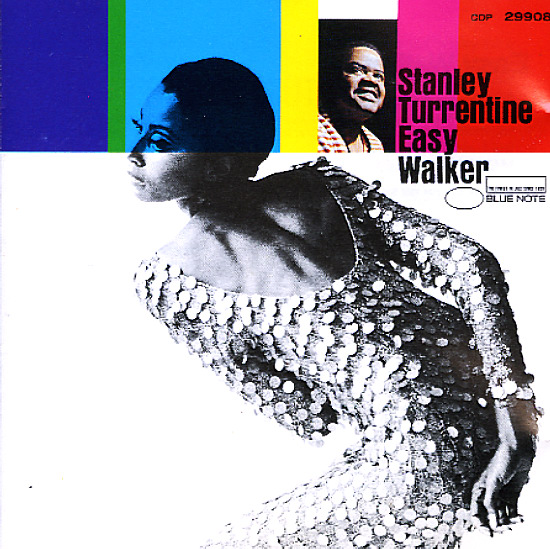 An album of subtle genius and stellar soul from the great Stanley Turrentine – an over looked quartet date that plays with the sharper edge of some of his earlier work for Blue Note, but which also shows the growing sense of color and tone he'd picked up during the 60s! The group here is great – a loose combo with McCoy Tyner on piano, Bob Cranshaw on bass, and Mickey Roker on drums – a rhythm team who still hold some of the soulful styles of Turrentine's more arranged albums, but who also really know how to respond to his groove too. Stan's got these confident solos that really show him becoming one of the true tenor masters of his time – with an especially great sense of space and timing – and titles include "Meat Wave", "Easy Walker", and a nice sweet version of "What the World Needs Now is Love".  © 1996-2022, Dusty Groove, Inc.
(Liberty stereo pressing with Van Gelder stamp – a nice copy!)

Flipped
Canyon, 1970. Very Good+
LP...$7.99
A lost bit of Stanley Turrentine funky work – recorded between his years at Blue Note and his time at CTI, and nearly lost to the pages of history! Despite the obscurity, though, the album's a great one – done with these short stomping sort of arrangements that remind us a lot of the ... LP, Vinyl record album

Song For My Father
Blue Note, 1963. Near Mint-
LP...$38.99
An incredible record – the kind of album that only Blue Note could put out, and an instant classic that will sound wonderful forever! The album's truly one of the great ones – one of those Blue Notes that still makes you stop and pause when you hear it, even though you've heard it a ... LP, Vinyl record album