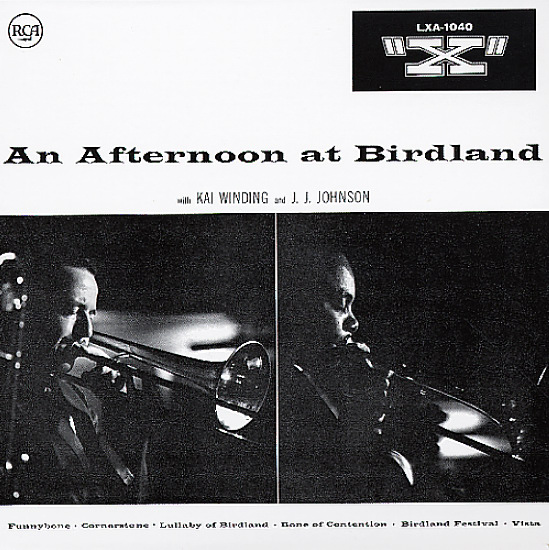 One of the best sessions cut by Kai and JJ during the 50's, and a good live session with a lot looser feel than some of their studio sessions – which tend to be a bit restrained. The rhythm section features Dick Katz, Al Harewood, and Peck Morrison – but the main solos are held by Kai and JJ. 6 tracks "Funnybone", "Cornerstone", "Lullaby Of Birdland", "Vista", "Birdland Festival" and "Bone Of Contention".  © 1996-2022, Dusty Groove, Inc.
(Japanese pressing, with obi – RJL 2575.)

Brand New Swinging Together Again – The Great Kai & JJ
Impulse, Early 60s. Near Mint- Gatefold
LP...$9.99
The famous 50s team of JJ Johnson and Kai Winding are reunited strongly here – after working alone for several years on their own projects! The groove here is a bit more open and less arranged than some of the pair's earlier projects – mostly just two trombones in the lead, soloing ... LP, Vinyl record album