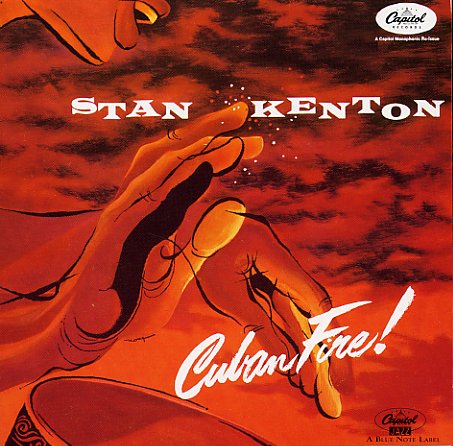 One of Kenton's greatest records, and the one in which he proves his dedication to Latin styles, by serving up a killer batch of Afro-Cuban tracks with an incredibly authentic feel. The great Johnny Richards handled the arrangements, and the tracks are long and drawn out, with plenty of solo space for the group. Titles include "Fuego Cubano", "Quien Sabe", and "La Quera Baila".  © 1996-2023, Dusty Groove, Inc.
(Mono turquoise label pressing. Cover has light wear, a small sticker spot on the back and a mostly split spine.)