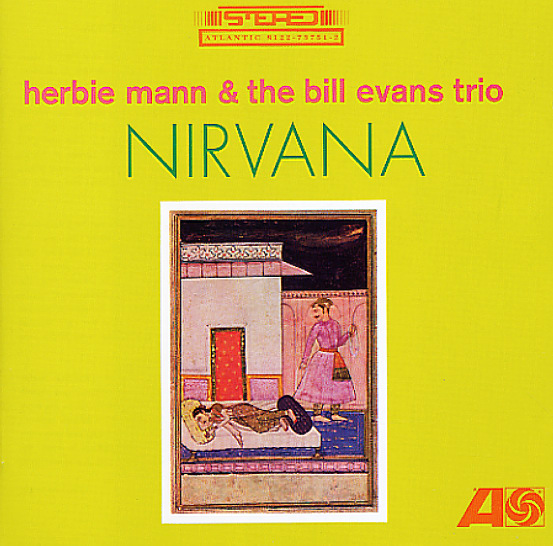 A sweet set of tracks that goes way beyond the usual Herbie Mann album! Herbie's playing with Bill Evans' trio that included Chuck Israels on bass and Paul Motian on drums – and the group's got a nice groove that, while not exactly modal, still hits a nice open-ended stretch that works well with Mann's flute – and creates some great exotic-tinged sounds! In a way, the whole album sounds a bit like some sort of 70's soul jazz flute album – nice and airy, a little bit righteous, and very different for both Evans and Mann – and tracks include "Nirvana", "Cashmere", "Gymnopedie", and "I Love You".  © 1996-2022, Dusty Groove, Inc.
(Red and purple label pressing. Includes Atlantic inner sleeve. The back cover has an ink stamp.)