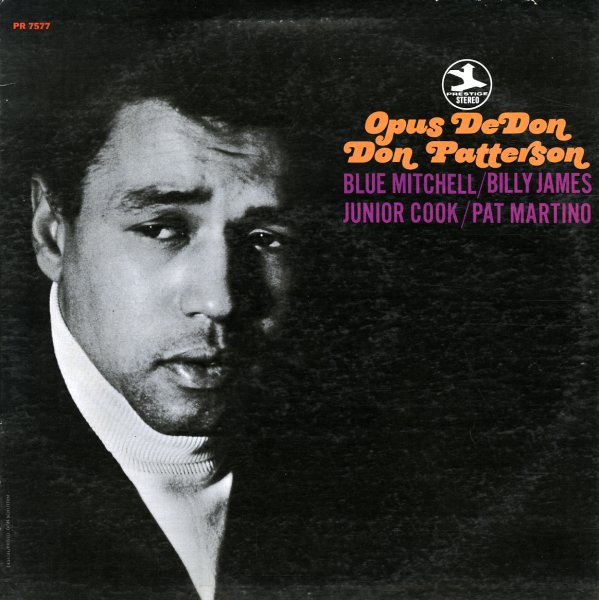 A real cooker from the great Hammond hero Don Patterson – a set that adds in the trumpet of Blue Mitchell and tenor of Junior Cook – in addition to Don's core trio of Pat Martino on guitar and Billy James on drums! The addition of horns takes the material places that Don's earlier albums didn't go – and the record's got some nice long groovers like "Opus De Don" and "Sir John" – all very nice!  © 1996-2021, Dusty Groove, Inc.
(Blue label pressing – a nice copy!)

Miles Davis & The Modern Jazz Giants
Prestige, 1954/1956. Very Good-
LP...$29.99
A strange mix of material – but some great work overall! Most of the record features Miles Davis recording with a quintet that includes Thelonious Monk on piano, Milt Jackson on vibes, Percy Heath on bass, and Kenny Clarke on drums – on longer versions of "The Man I Love" (in ... LP, Vinyl record album

Thunderbird
Prestige, 1962. Very Good-
LP...$14.99
A massive groover – and a set that rumbles as much as you might guess from the title! The album's got Willis Jackson blowing in a very open, loud tenor tone – working with an unusual group that features Freddie Roach on organ, and Wild Bill Jennings on guitar – the former a hip, ... LP, Vinyl record album

Woodlore
Prestige, 1955. Near Mint-
LP...$19.99
Early work by one of the greatest voices on the alto sax in the 1950s – a player who worked with the deftness of other altoists of his generation, but a depth of soul usually reserved for the tenor! The setting is simple and perfect – as Phil Woods blows at the helm of a quartet that ... LP, Vinyl record album