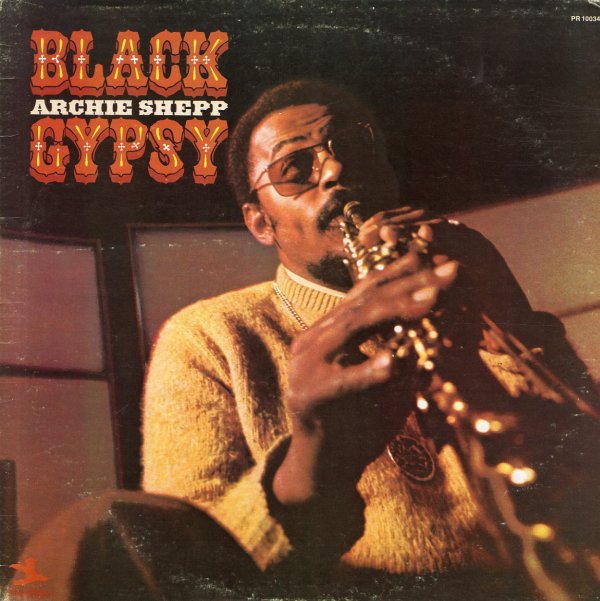 An incredible collective of musicians – all recording here under the mighty leadership of Archie Shepp! The feel of the session is a highly collaborative one – far more so than even Shepp's other Paris work for the BYG/Actuel label – as a richly varied lineup that includes Leroy Jenkins, Sonny Murray, Clifford Thornton, Noah Howard, and Dave Burrell come into play with Shepp's work on soprano sax, and some additional work by bluesmen Chicago Beau and Julio Finn. Finn plays some airy harmonica lines next to spare viola from Jenkins – setting a spacious mood for the album's two longer tracks as the rest of the players come into the mix to fill things out in a mode that builds with rhythmic intensity. The album features the tracks "Black Gypsy" and "Epitaph Of A Small Winner" – plus the shorter modal number "Pitchin Can".  © 1996-2022, Dusty Groove, Inc.
(Sealed 70s pressing! One cover is slightly bumped, which has let in a bit of aging – and the spine has about an 8" split – but cover is still very nice overall.)